Home All about heliports

Even though a heliport is round there is still a clear approach and departure path. But they are not as clear as the runway paths at an airport. The Federal Aviation Administration (FAA) and the International Civil Aviation Organization (ICAO) recommend an H in the center of the touchdown lift off (TLOF) area. Something which should also be included is an information box this tells you the maximum size helicopter that is allowed on that heliport.  This is bases on the overall length and diameter of the helicopters.

Other markings that are common on an heliport are arrows to indicate the approach/departure path, radio frequency, magnetic north and company logo. If a heliport needs to operate at night the heliport need lighting installed. A few of those lights are; 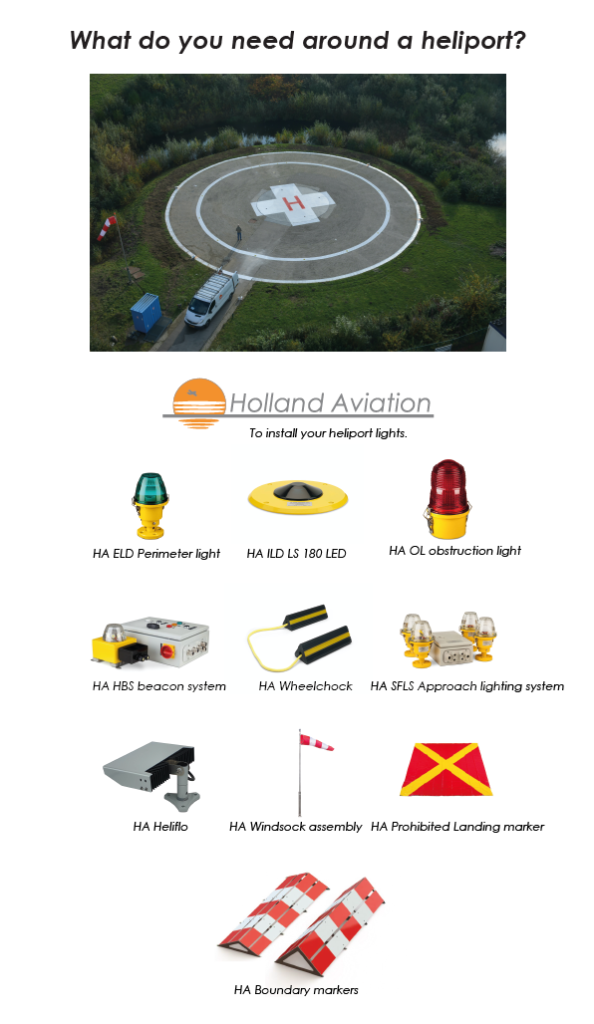